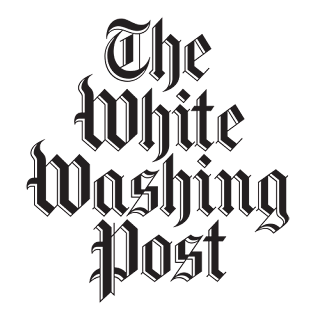 Whistleblower Proves Tulsi RIGHT On Syria & Afghanistan Wars
(The Jimmy Dore Show)
Posted by Talking Bag at 9:05 AM No comments: 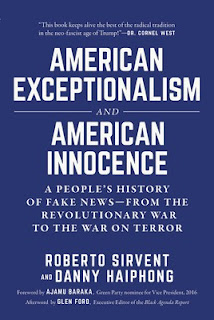 How The Ruling Class Implements It’s Agenda with Danny Haiphong
(The Jimmy Dore Show - YouTube video)
Posted by Talking Bag at 6:36 AM No comments:

I started supporting principled independents over the shills in our corporately-controlled political parties after the disastrous Clinton Administration.
I liked Bill Clinton initially, I voted for him, but I was also not paying much attention. When I was young I described myself as apolitical; I was a registered Democrat, always voted for Democrats, but considered politics so dull I hardly thought about it. Back in the 80s and 90s I was a perfect dupe. I had picked a team and halfheartedly rooted for them every four years during the U.S. Presidential Super Bowl Shit Show Extravaganza.
I finally started paying attention during the ridiculous Clinton impeachment hearings. Although I've always been strongly opposed to the conservative/right-wing mindset, I now thank the Republican Party for something.
The Republican-led Clinton impeachment circus ignited my political fire. I became aware that the impeachment was over a nonsense issue, instead of far more significant corruption and serious crimes perpetrated by the Clinton Administration, here and abroad. The same is now happening to Trump. There are myriad and tremendously compelling reasons that Trump should be impeached, unfortunately these crimes do not stray from the norm, they are bipartisan crimes. The phone call is weak tea by comparison. The most likely result of the current impeachment circus will be to make Trump more popular.
I've been around since the 60s; every administration in my lifetime could have been convicted of war crimes, and violations of The Constitution and their oaths of office. The establishment needs to be voted out and the Constitutional crime of bribery needs to be rationally defined.

Bernie Sanders is not perfect, his Congressional voting record is very good, but not spotless, and his capitulation to the DNC in 2016 after they screwed him over, though anticipated, was disheartening. The whitewashing of the DNC's systemic election rigging at every level continues to amaze me.
I'm a registered Green, so I cannot participate in my state's primaries. Rather than disingenuously registering as a Democrat, I hope there's enough of them with a brain to get Bernie on a ballot I'm permitted to use.

I would have loved a Ralph Nader presidency. Bernie Sanders is sadly not Nader, but he's the very first serious contender for president that excites me. He would be the first Democratic presidential candidate I've voted for since 1996. I even donated to his campaign! If our corrupt media and the DNC successfully suppress the Sanders Campaign, I'm going Green again.

* * * BERNIE 2020 * * *
P.S. I support Bernie knowing that problems in America and throughout the World are not only beyond his ability to solve, they are likely beyond solving, period. But I'd rather encourage a decent guy, than hate a partisan tool.

Posted by Talking Bag at 8:12 AM No comments: