"Costly complexity is baked into Obamacare. No health insurance system is without problems but Canadian-style single-payer— full Medicare for all— is simple, affordable, comprehensive and universal.

In the early 1960s, President Lyndon Johnson enrolled 20 million elderly Americans into Medicare in six months. There were no websites. They did it with index cards!"

"Nil Zacharias, co-author with Gene Stone, Eat for the Planet, explains to journalist Chris Hedges how industrialized animal farming is at the heart of the environmental crisis, using excessive clean water and contributing more to pollution of air and water than the transportation sector. The solution, he argues, is for the individual to embrace veganism."
Posted by Talking Bag at 10:09 AM No comments:

As Democratic Elites Reunite With Neocons, the Party’s Voters Are Becoming Far More Militaristic and Pro-War Than Republicans
(The Intercept.com)

"EXCERPT:
At the same time, Democratic policy elites in Washington are once again formally aligning with neoconservatives even to the point of creating joint foreign policy advocacy groups (a reunion that pre-dated Trump). The leading Democratic Party think tank, the Center for American Progress, donated $200,000 to the neoconservative American Enterprise Institute and has multi-level alliances with warmongering institutions. By far the most influential liberal media outlet, MSNBC, is stuffed full of former Bush/Cheney officials, security state operatives and agents, while even the liberal stars are notably hawkish (a decade ago, long before she went as far down the pro-war and Cold Warrior rabbit hole which she now occupies, Rachel Maddow heralded herself as a “national security liberal” who is “all about counterterrorism”).

All of this has resulted in a new generation of Democrats, politically engaged for the first time as a result of fears over Trump, being inculcated with values of militarism and imperialism, trained to view once-discredited, war-loving neocons such as Bill Kristol, Max Boot and David Frum and former CIA and FBI leaders as noble experts and trusted voices of conscience. It’s inevitable that all of these trends would produce a party that is increasingly pro-war and militaristic, and polling data now leaves little doubt that this transformation – which will endure long after Trump is gone – is well under way."

Reporter Quits Over NBC’s Devotion To War
(Jimmy Dore on YouTube)
Posted by Talking Bag at 10:05 AM No comments:

A Look Back at Clapper’s Jan. 2017 ‘Assessment’ on Russia-gate
(Ray McGovern at Consortiumnews.com)

"On the 2nd anniversary of the “assessment” blaming Russia for “collusion” with Trump there is still no evidence other than showing the media “colluded” with the spooks, says Ray McGovern." 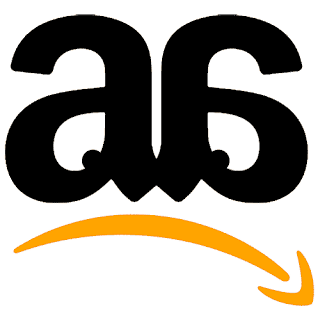 NPR's Report on Amazon Is Essentially an Infomercial
(Adam Johnson at TruthDig.com)

"The report, detailing the “Artificial Intelligence” behind Amazon’s delivery systems, relies entirely on interviews with Amazon flacks. The only people NPR speaks to are Brad Porter, the head of robotics for Amazon operations; Jenny Freshwater, director of software development; and Amazon VP Cem Sibay. No outside parties were sought for comment, let alone anyone remotely adversarial, such as labor organizers or environmental activists."
Posted by Talking Bag at 9:48 AM No comments: