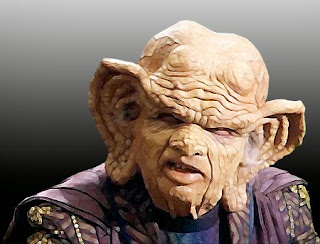 A TALK WITH WALLY SHAWN

Talkingbag encourages all good folk to consider becoming better citizens. An epiphany experienced by Wally Shawn, who above is pictured as the Grand Negas.

The Fragility of Empire with Wallace Shawn
A Chris Hedges interview
(RT.com)

"On this week's episode of On Contact, Chris Hedges is joined by actor, playwright and essayist Wallace Shawn.
You way recognize Shawn from films such as Princess Bride, but he is also a thoughtful playwright and is out with a new book, "Night Thoughts". RT Correspondent Anya Parampil looks at how the American empire's control of global resources has enriched us."

Another story of ephiphany, Nate Hagens.

Nate suffered an awakening, then turned his back on the finance industry. Ignorance is bliss because knowledge can give you nightmares. Once you wake up you have to decide how to live the rest of your life. He decided to try educating the masses.

Nate Hagens - Limits to Growth: Where We Are and What to Do About It
(Youtube.com video)
Posted by Talking Bag at 6:35 PM