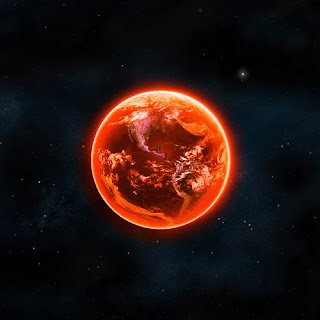 "A new US Government report on climate change directly undermines the Trump administration's climate denial. Scientists from 13 Federal agencies say global warming has increased temperatures in the US and around the world. The report has not been published and there are fears the White House will censor it, and there's a new reason to be worried about climate censorship. The Guardian reports this week that the Department of Agriculture has banned several phrases including climate change and climate change adaptation. Instead, the agency has told employees to use terms like, weather extremes and resilience to weather extremes."

Meet the Senior Federal Official Blowing the Whistle on Trump's Suppression of Climate Science
(DemocracyNow.org)
Posted by Talking Bag at 6:23 AM