CELEBRATE MLK NOT HIS HOLIDAY

CELEBRATE MLK, NOT HIS HOLIDAY

No, Martin Luther King Jr. was not a Republican — but here’s what he had to say about them
(Think Progress.org)

“…‘Most people don’t talk about the fact that Martin Luther King was a Republican.’

That’s a quote from Ada Fisher, a Republican National Committeewoman from North Carolina, that was published without qualification or correction this week by ABC News…

Here is what King had to say about Ronald Reagan, the hero of modern Republicans:

..When a Hollywood performer, lacking distinction even as an actor can become a leading war hawk candidate for the Presidency, only the irrationalities induced by a war psychosis can explain such a melancholy turn of events.” 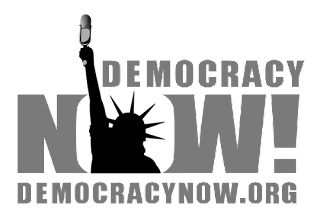 DEMOCRACY NOW!
(Democracy Now.org)
SPECIAL: Dr. Martin Luther King Jr. in His Own Words
“Today is the federal holiday that honors Dr. Martin Luther King Jr. He was born January 15, 1929. He was assassinated April 4, 1968, at the Lorraine Motel in Memphis, Tennessee. He was just 39 years old. While Dr. King is primarily remembered as a civil rights leader, he also championed the cause of the poor and organized the Poor People’s Campaign to address issues of economic justice. Dr. King was also a fierce critic of U.S. foreign policy and the Vietnam War. We play his “Beyond Vietnam” speech, which he delivered at New York City’s Riverside Church on April 4, 1967, as well as his last speech, “I’ve Been to the Mountaintop,” that he gave on April 3, 1968, the night before he was assassinated.”
* * * * * *
UPDATE:

PROFESSOR RICHARD D. WOLFF
DEMOCRACY AT WORK
Economic Update: Independent Media
(YouTube.com)
THIS WEEK'S TOPICS (w/timestamps):
00:44 - Updates on on the sale of a co-op craft brewery to a large corporation;
03:35 - U.S. medical costs are by far the highest in world,
05:54 - capitalism’s defense of inequality and instability with the "overcoming poverty” concept.
13:52 - announcements;
14:59 - SPECIAL GUEST: Prof. Wolff interviews Laura Flanders, a long-time independent journalist, about the idea of an independent media.