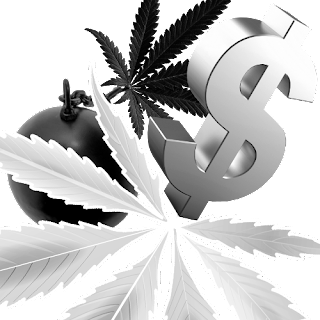 In the following interview some very interesting, not very surprising, facts emerged: in Maryland 95% of arrests for marijuana possession happen to blacks, and when 25 licenses to grow medical marijuana were issued, they went to whites.

"The push to legalize marijuana has been a struggle, and nowhere is that more clear than here in Maryland. Recently, Baltimore State’s Attorney Marilyn Mosby said she would stop prosecuting pot possession cases. Her reason, the enforcement of the law falls disproportionately on African-Americans. It’s a pattern that has occurred in other cities, which has also prompted prosecutors in Philadelphia and Brooklyn to roll back pot cases as well. But there is one obstacle, the Trump administration. In the past, the Department of Justice under Jeff Sessions tried to roll back medical marijuana. And while Trump himself has expressed some support for loosening restrictions, his views are often at odds with the law enforcement agencies he runs."

A Brief History of the Drug War
(Drug Policy.org website)

"Many currently illegal drugs, such as marijuana, opium, coca, and psychedelics have been used for thousands of years for both medical and spiritual purposes. So why are some drugs legal and other drugs illegal today? It's not based on any scientific assessment of the relative risks of these drugs – but it has everything to do with who is associated with these drugs.


The video traces the drug war from President Nixon to the draconian Rockefeller Drug Laws to the emerging aboveground marijuana market that is poised to make legal millions for wealthy investors doing the same thing that generations of people of color have been arrested and locked up for. After you watch the video, read on to learn more about the discriminatory history of the war on drugs."